Before landing in Argentina, we spent part of January exploring Austria. With visions of snowshoeing, sledding and cross country skiing, we made our way two hours south of Munich just over the border to Reutte. Alas, with a warm winter, very few snow sports were to be ours. Here’s what we did instead:

Zugspitz is the highest mountain in Germany…9,718 feet above sea level. On clear days the peak is perfectly reflected in the lake that sits at its base, Lake Ebisee.

The cable car from Lake Ebisee to the peak is a wonder. It dangles thousands of feet above jagged rock cliffs while one stands pressed to its door by the 20+ other occupants, praying that the locking mechanism will not chose to malfunction in this moment.

But the payoff….rippling snowcapped peaks as far as the eye could see. 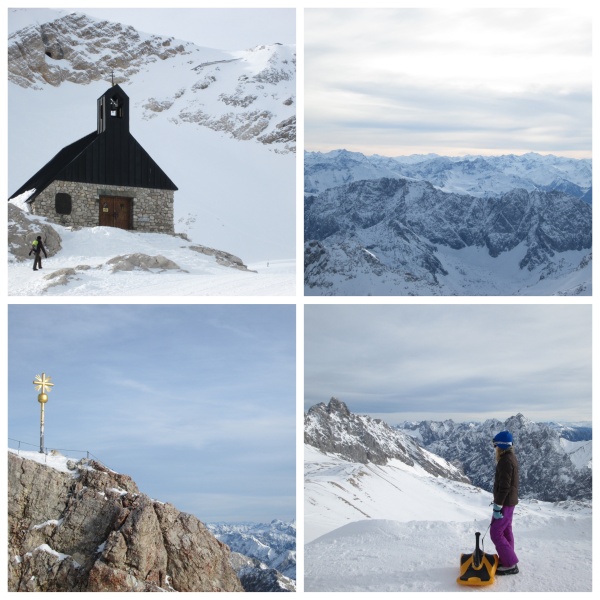 A short lift ride down to toboggan rentals taught us humility. We spent far too much time walking down the seemingly vertical terrain while skiers passed overhead in chairlifts smiling down at our march of shame.

Trekked Up Local Mountains to Soak in Castle Ruins

Prior to visiting the much-ado-Neuschwanstein Castle, we hiked up to more modest abodes in Reutte. Four separate castle ruins dot the countryside and at the base, a wonderful interactive museum on life in medieval times.

We weighed ourselves down with suits of armor, followed the trail of merchants in the 13th century before hiking, sans the armor, up the path to the ruins of Ehrenberg and Schlosskopf castles. We were the only visitors which allowed us to stand amidst the rubble and shout “Who ruined my castle?!” 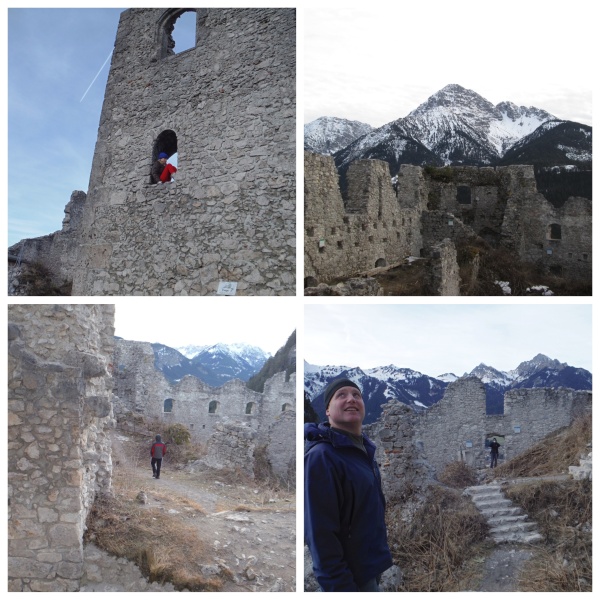 Spent a Day with Mad King Ludwig in his Modest Home

What is a trip to Bavaria without a visit to Neuschwanstein? We joined throngs of tourists in a visit of Ludwig’s first home and father’s castle, Hohenschwangau, followed by a tour of the castle he built over 17 years but only lived in 145 days. Poor Ludwig. A bit eccentric, he was deemed unfit to rule and the next day found drowned in a lake, naked, with his psychologist. Today, he would be a celebrity. 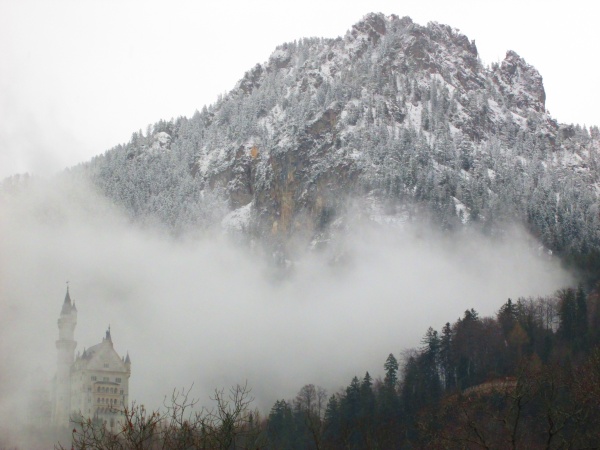 The castle is worth seeing….the paintings on the walls transport one to a decadent, indulgent time period. The tours go too quick…30 minutes is done in a flash. Best to reserve online in advance. Visit both castles, booking Hohenschwangau first to see hear about Ludwig’s influences as a child, then Neuschwanstein to see where his active imagination led him.

We also spent a week skiing in Zell am See, Austria. Alas, the lack of snow made it an underwhelming alps ski experience but the boys made the best of it…skiing every day until exhaustion. Julia and I skied a little and took in quirky alpine hikes. 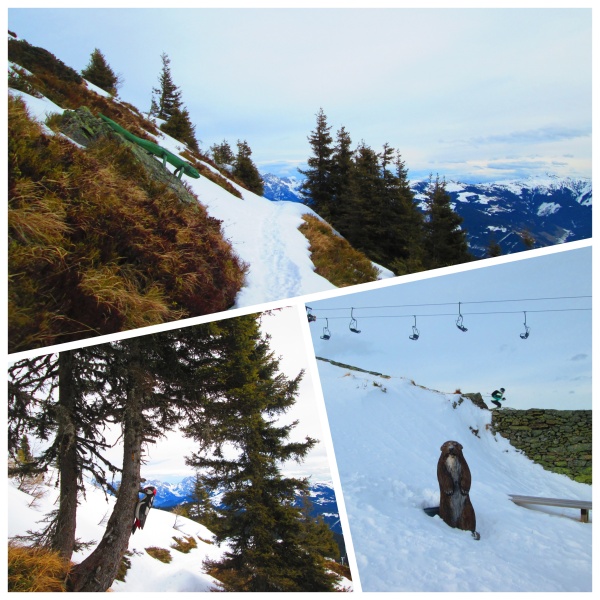 We left Reutte and Zell am See thirsty for what it would be like in summer…rolling green meadows set amidst steep, slate peaks under endless blue sky. I felt a little Julie Andrews coming on…so we headed to Salzburg.

I’m pleased to introduce my father, Papa Bruce, who is our guest blogger this week.  His writing is accompanied with pictures taken by my stepmother and the kids’ mémère, Maggie: 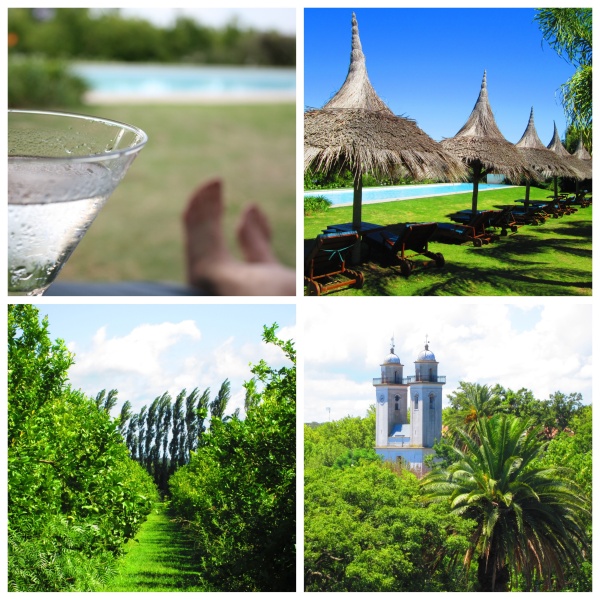 Maggie & I are creatures of habit, a summer week in  Vermont, weekends in Maine and frequent trips to the Northwest for my work and visits with three of our four “kids” and all four grandchildren. Joining Rachel, Kyle and the kids for two weeks of their round the world odyssey has pulled us wonderfully out of our comfort zone.

The massive city, a combination of southern Europe and southern Latin America, is a frenetic yet relaxed conglomeration of graffiti-tagged neighborhoods. Cabbies set speed records and are routinely passed by wrong lane mopeds and small motorcycles: Previously I only witnessed this while watching Bourne Identity on my 47″ Sony. 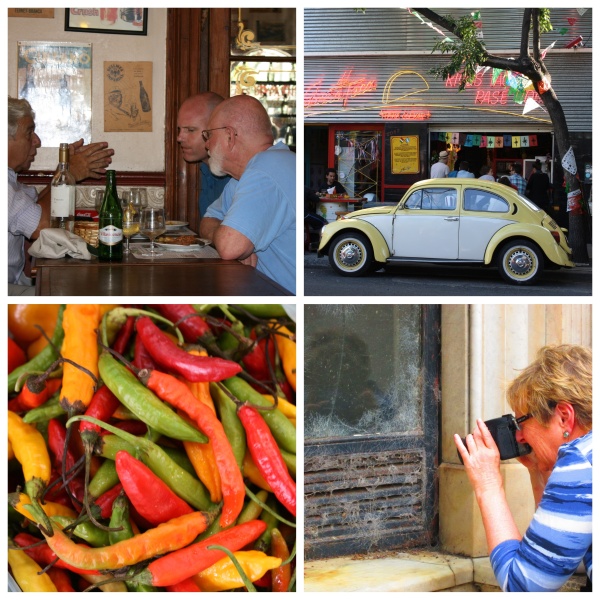 Sean and Julia, twelve in five days, both drink it in and look forward to the familiarity of home. All six of us are iPad connected, Sean’s apparently growing out of his left hand.

Times change: Embarrassing to admit but my previous passport had a picture of three–me, six year old Aaron and four year old Rach, off to Greece for seven weeks to visit Fulbright friends. We were disconnected from family, friends and home the entire time. Could I do that again?

Leaving cold Germany for warm Buenos Aires was bittersweet. It meant the last leg of our eight month rtw trip.

The kids happily left the winter coats that no longer reached their wrists in the airport…Julia’s discretely hanging from the hook in a restroom stall and Sean’s wrapped in a blanket and shoved under his seat on the plane. Their dollar-store winter boots sat abandoned in the Munich hotel room we departed from that morning.

And with good reason. Buenos Aires, in the height of its summer, was a sauna.

After a 14-hour flight, we made our way to a lovely Palermo loft apartment that we would be sharing with my father and wicked (ly loved) stepmother who were joining us for two weeks in the Paris of South America.

South America seemed an appropriate place to spend our final three months…it blended the grit, vibrancy and laissez faire attitude of SE Asia with the customs, architecture and conveniences of Europe. Of course, it was a unique experience unto its own but it carried a balance of where we’d been. And we liked that. 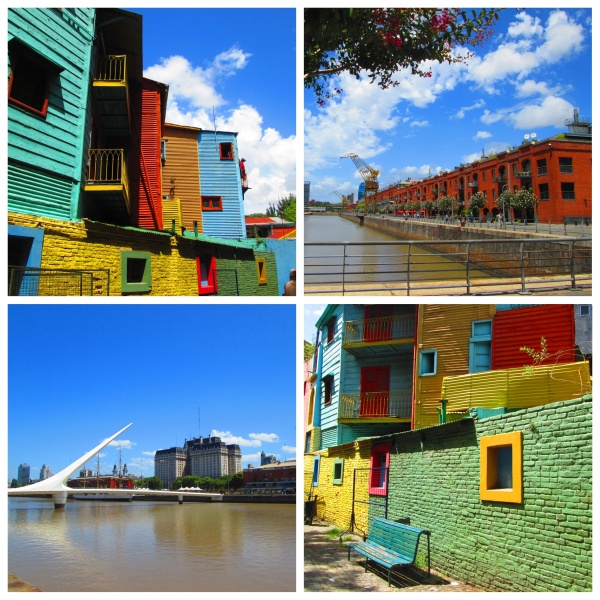 In each new local there’s an arrival dance we do to ensure comfort…how will we brew coffee? Where is the nearest grocery? What is soy milk called in Spanish? What is the tipping policy? Exchange rate? Laundromat? On a vacation, one generally researches prior to stepping off the plane. But on an rtw, the longer we travel, the more relaxed our attitude is to figure out the details upon landing.

I had once been fluent in Spanish, having lived a year of my youth in Mexico, and hoped it would quickly resurface from my subconscious and make the dance less clumsy. 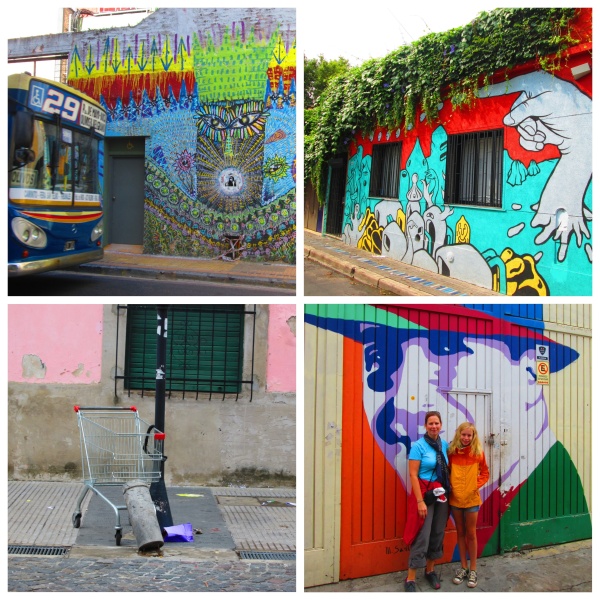 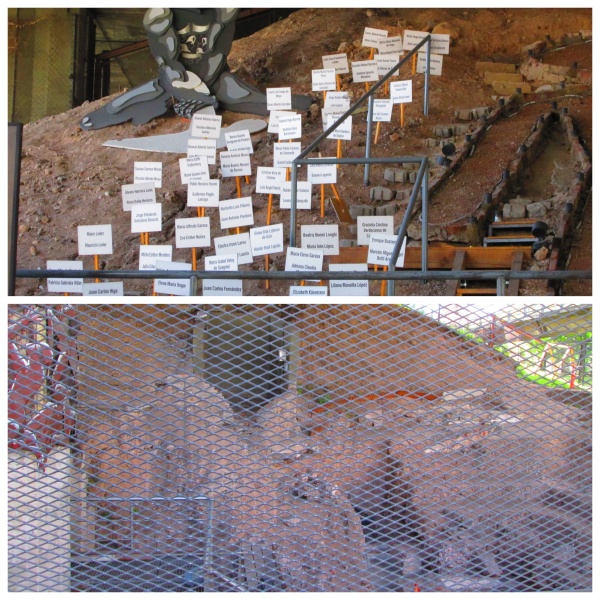 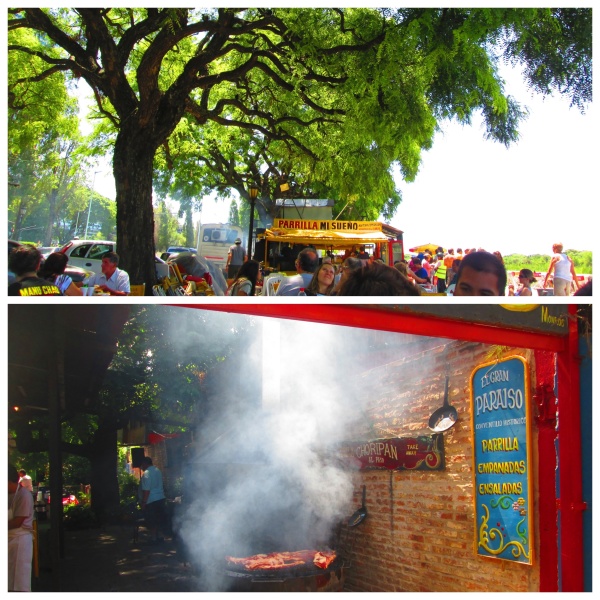 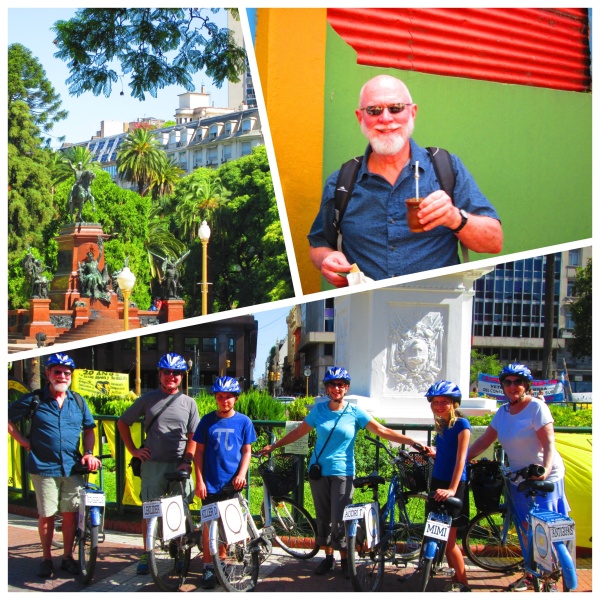 And the promise of sun, good food and laughter with family for many days to come.

Notes from a Big World

One Family's Tales from the Trails, our RTW Journey