Takayama is a small city in the Japanese Alps and taking the train into the mountains felt like coming home. As Seattlites, we are mountain and water people and climbing up the alps next to a rushing river…we knew we were going to a special place.

There’s little in Takayama and that was perfect for us. The town was small enough for the kids to tool around on their own…either watching the koi in the river that flows through the town center or purchasing green tea ice cream in the Sanmachi historical district. 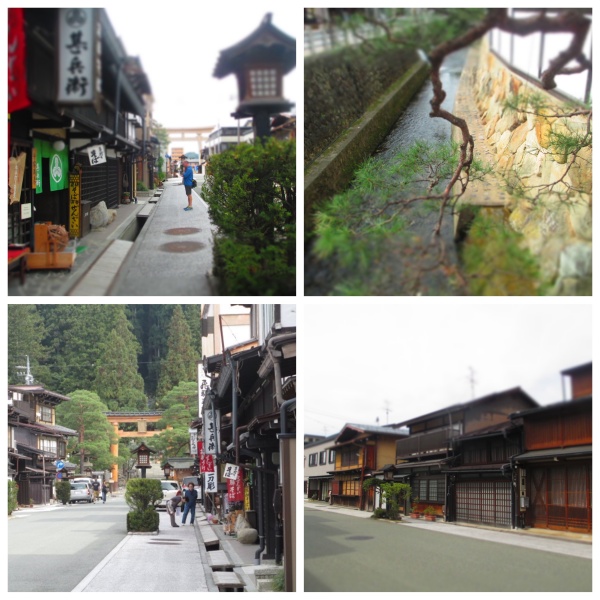 Sleep
We stayed at Hida Takayama Tomaru Guesthouse. The owner, Shingo, set up a bunk bed room as a family room. With six bunk beds in the room and only four of us, the space felt luxurious. Seriously. The guesthouse was small and quiet and we’d recommend it. Shingo and his wife have a lovely two year old son and it was nice to interact with a toddler. The location of the guesthouse was perfect…2 mins from the train station and walking distance to all attractions.

Sights
With five nights in Takayama, we actually did very little but wander and roam and rest. We wore our fleeces for the first time in the trip, which felt worth while since they likely won’t see light again until December in Germany.

By now we’d been in Japan four weeks so I think you’d forgive us for eating tacos and hamburgers in Takayma. In fact the two highest rated restaurants on TripAdvisor for the town are Chapala and Center for Hamburger. Chapala was over rated but that didn’t stop us from going…twice. Center for Hamburger was the best burger I’d had in a long time and I don’t know why we didn’t go twice!

Once we met our American needs, we turned to the traditional food of Hida Takayama, beef. We had a delicious grilled beef dinner (my apologies to my mother and any other vegetarians). But the best meal was Kyle and my happy hour. The kids were wandering on their own, and Kyle and I had a sake tasting and then sampled simple and delicious Hida beef skewers from each street stand we encountered. As we sat perched by the river with our happy hour faire, Japanese tourists took pictures of us, exotic birds that we were.

We truly loved Takayama and if we were settling in longer in Japan, we’d plant our roots there.

3 thoughts on “The Takayama Files”