We’ve been on the road three months now and we’ve learned so much about the world and ourselves in it. A few thoughts.

24-7 with ones family on the road isn’t easy. Quarters are tight, there’s little-to-no privacy & we’re living out of backpacks. Tweens bring a daily hormone induced drama of some form or another. Parents get grumpy. It is not a holiday.

Cramped quarters! Our accommodations in Kanazawa…the kids are actually under the comforters!

But Human Nature Is To Remember The Good

Despite some crazy hard days, we look back and only remember the positive. We are poetic about the order and attention to detail in Japan, forgetting how difficult it was to simply order dinner. We dream of the lush hues of green and fragrant flowers in Cambodia, not the garbage strewn down the street. We remember the lazy, calm days of Lao, not the family bickering. How wonderful that this is the human condition.

But We’re Learning So Much!

So maybe we’re lapsing with the book smarts but our world smarts are growing. The kids exposure to currency rates, languages, religions, geography, history, food, music, even a potential political coup… it’s an avalanche of world schooling. Feeling earthquakes in Tokyo and then studying them at the museum of emerging science, conversing with Lao students honing their english at Big Brother Mouse, touring the Land mine museums in Cambodia and Lao, visiting Hiroshima in Japan and then Hellfire Pass in Thailand to see interconnected brutal war histories. The list goes on and on.

Sean sitting through his 1st Japanese tea ceremony at the insistence of a man who’d had a bit too much sake at lunch. Now if that’s not learning, what is?

I have an active imagination. It leads to fully imagined locales before we’ve even arrived. Oh we’ll find a charming colonial rental on the river, I’ll do yoga every morning while eating fresh baguettes, mangos and drinking iced coffee. Our new neighbors will welcome us into their homes with an authentic local meal.

Keeping an open mind and lowering expectations leads to a better experience overall. Plus I didn’t do yoga back home, so why did I think I’d make time for it here?

Launching lanterns in Chiang Mai for the Loy Krathong festival…something we were really looking forward to that ended up being a bit too chaotic for us.

We’ve had many unexpected moments that are serendipitously delicious.  Stumbling across a tiny blues club in Kyoto. Typing in “bring us your recommendations” in Google Translate and settling into one of the best Japanese meals ever.  Having a schedule snafu that unwittingly put an unscheduled week at Care for Dogs in our lap and hearts. It’s easy to play it safe while traveling but the incredible moments happen when you leave your comfort zone. 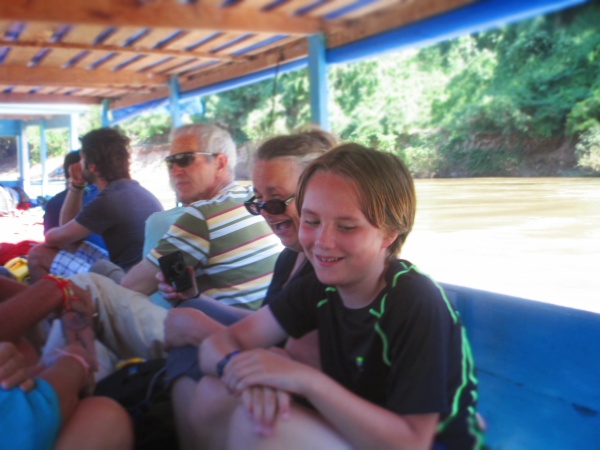 Traveling up the Ou River with Grandma Cindy & Papa Phil

iPads are Both Good and Evil

They are one stop khan-academy-number-crunching / kindle-app-reading / write-at-home-online-class-writing / Ted-talks-learning / music-listening / movie-watching / video-game-playing madness. They have saved us and they have led to our biggest family fights. We love them. We hate them.

But We Have Them. We Have Everything. How Did We Draw This Card?

Today I watched a young boy play with his kite in the wind. Actually it was a white plastic grocery bag and a stick. 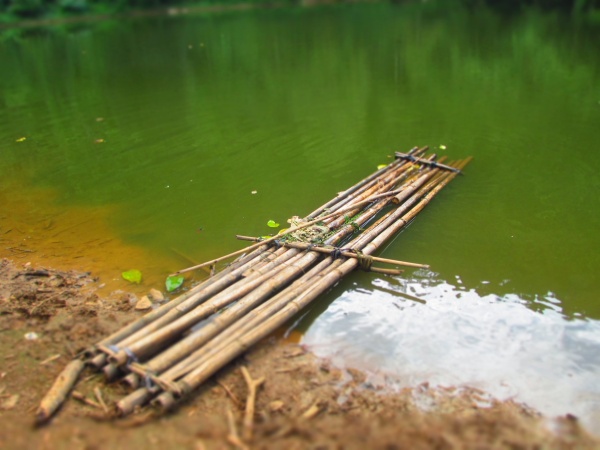 Eight Months Is An Awfully Short Amount Of Time

Not sweating the small stuff in Prachuap Khiri Khan, Thailand

I could go on and on…there’s so much that we’re learning. For today, I am simply in tremendous gratitude for a life of opportunity.

17 thoughts on “Three Months In”